Jesse Berg singles to win it for the Athletics in Extras 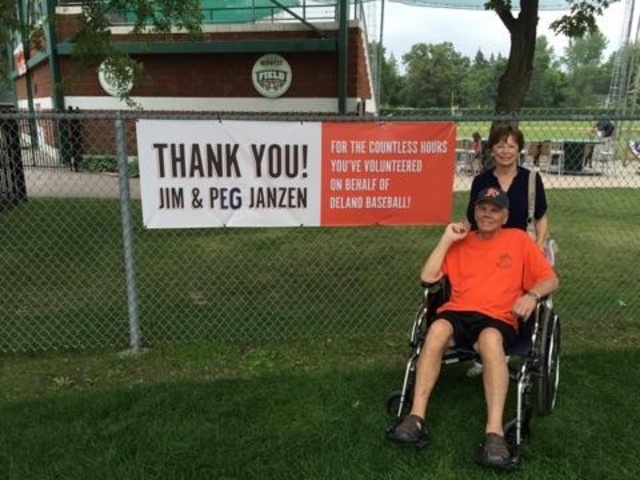 Jesse Berg singled home the winning run in the bottom of the 11th inning as the Athletics defeated the Hutchinson Huskies 5-4 on Sunday afternoon.

The Athletics scored first with a run scoring single by Trevor Jaunich in the third inning to take a 1-0 lead.  The Huskies took the lead in the fourth inning with four runs, including a 3-run home run by Jake Wendland.

In his return to the Delano Athletics Toby Hanson would cut the Huskies lead in half, 4-2, with solo home run in the fifth inning. Hanson finished the game 2-for-3 with three walks, and three runs scored.

Trailing 4-2 in the bottom of the ninth inning the Athletics scored two runs to tie the game on a bases loaded walk and a wild pitch.

The Athletics used two pitchers in relief, Trevor Jaunich picked up the win for the Athletics scattering two hits in 4 1/3 innings of work.

Before the game the Athletics honored Jim and Peg Janzen for their years of service to the Delano Athletics baseball family. They were each presented with signed game balls from the 2015 team.